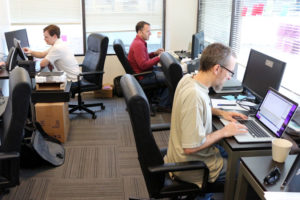 Anyone who’s worked in a restaurant remembers the struggles when they first started — remembering orders, doing side work and learning when to check on a table — knows every experience pales in comparison to learning the restaurant computer system.

Brett Guidry has been investing in restaurants for years, and he, with his co-founders Bill Schafer and Bill Draper, knew that the “point-of-sale” (POS) systems in restaurants were ripe for new ideas. So Guidry, Schaffer and Draper launched Dovetail, now known as Gusto, a POS system beginning to roll out in Washington, D.C., restaurants.

Gusto held its launch party in late September, and they’re already in one area business, the Embassy Suites in Chevy Chase. Guidry said when they installed the Gusto system, it took less than a day to train the servers. 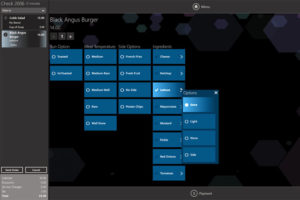 “The staff picked it up very quickly,” Guidry said. “It didn’t make them feel dumb. I see people smiling when they use it.”

The Gusto system took more than a year to design — the business was founded in early 2012 — because Guidry and his coworkers knew that full functionality and an optimal design were keys to get restaurants to switch from entrenched industry giants, such as Micros and NCR.

Paramount to the development were the user experience, navigation, ease of use and ease of learning, Guidry said. Gusto also runs on a “hybrid cloud” system, meaning it runs wirelessly over the Internet, but it’s fully capable if the Internet in the restaurant goes down. Managers and owners can also access their financial systems and real-time information from anywhere, a wrinkle that Guidry said has drawn rave reviews.

“The amount of dissatisfaction and frustration in restaurants was stronger than we thought,” Guidry said. “After talking to restaurateurs, it’s much higher than you would expect.” 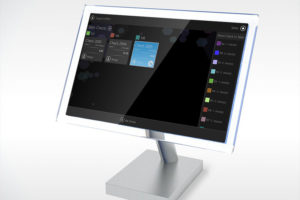 These conversations gave the Gusto even more confidence as they were building their product. Guidry realized the market was even more ripe for disruption than he had previously realized.

“If someone’s not in pain, it’s hard to sell them on someone else coming in and solving a problem,” he said.

Although it’s early, Gusto claims it has pinpointed the most profound pain felt in restaurants and found a solution. The next step is curing what ails more and more restaurants. While not ready to announce their next partners, Gusto is ready for any challenge, Guidry says.

“We’ll be able to handle scale,” he said. “From one small restaurant to several thousand locations. We’re an open platform for restaurant technology. Our goal is to be the platform for serious restaurateurs.”

A James Beard award-winning chef has agreed to use Gusto in his upcoming restaurant, but Guidry said he can’t reveal who the chef is or where and when the restaurant will open. There is also discussion with some national chains, but those are preliminary.

Although New York is generally hailed as the food capital of the country, Guidry said D.C.’s burgeoning restaurant industry is the ideal spot for his team’s young business.

“The food scene is expanding in the D.C. area, and there’s lots of new thinking,” Guidry said. “We want to be associated with those new thinkers.”