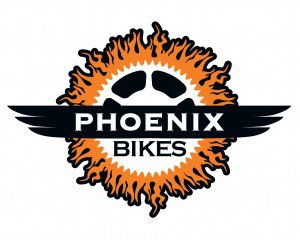 Phoenix Bikes is preparing to submit a proposal to build a new education center next to the W&OD Trail at S. Walter Reed Drive.

Phoenix Bikes — a nonprofit focused on empowering youths by teaching them bicycle repair and entrepreneurship — wants to build a new location for itself at an estimated cost of $1 million, according to county Department of Parks and Recreation spokeswoman Susan Kalish. The facility will include public restrooms.

The organization currently has its headquarters in Barcroft Park, not far from the proposed location, but being adjacent to the W&OD Trail is key because it “is accessible by bike and near the community it serves,” Kalish wrote in an email.

“Arlington County is interested in this opportunity because Phoenix Bikes has a successful history supporting Arlington youth and the new facility will include public restrooms, a drinking fountain, water bottle refill station and air pump, which will be available to the community,” Kalish said. “Phoenix Bikes’ mission is consistent with Arlington County’s as it encourages fitness, fosters a car-free lifestyle, supports diverse communities and is a model for sustainable practices.”

Phoenix Bikes and the parks department will host a question-and-answer session for the community this Saturday, Nov. 23, at the Park Operations conference room (2700 S. Taylor Street).

The proposed site is on county property, but Phoenix Bikes would fund its construction. Kalish said it has already received several pro bono contributions that should diffuse some of the costs.