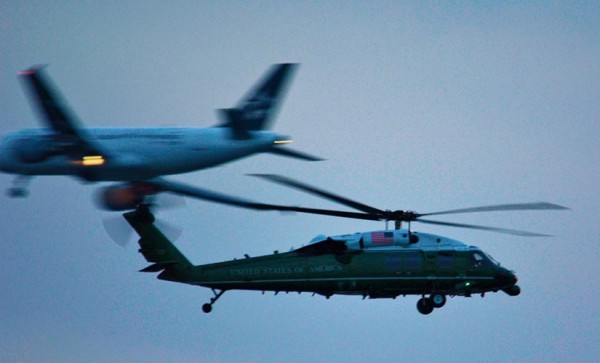 Lyon Park Bat Turns Out to Be Something Else — A Lyon Park resident called animal control officers late last month after a startling discovery: a bat inside his or her home. There was only one problem — the responding animal control officer found that the “bat” was actually a sweatband. It’s not the first time something like this has happened. Previously, a balloon had been mistaken for a bat, a ski hat lying on the road was mistaken for a dead cat, and a “mangy, emaciated cat” turned out to be stuffed animal. [DCist]

GOP Trying to Find Candidate for Special Election — The upcoming County Board special election to replace the retiring Chris Zimmerman could give Arlington Republicans their best chance of winning a seat on the Board since the late 1990s, the last time any non-Democrat served as a Board member. “We could really pull a surprise,” said Arlington County Republican Committee chairman Charles Hokanson. [Sun Gazette]

County Seeking Food Donations for AFAC — As part of County Board Chair Walter Tejada’s “Moving Forward Together” initiative, Arlington County is collecting food items to help stock the shelves at the Arlington Food Assistance Center for the winter. Drop-off points have been set up at Arlington community centers and libraries. [Arlington County]

Lustron Home for Sale — A “rare and historic” Lustron home in south Arlington is for sale. The prefabricated two-bedroom, one bathroom home is all steel and was considered a “[marvel] of modern efficiency and style” when it was built at the end of World War II. It’s listed at $499,000. [Preservation Arlington]