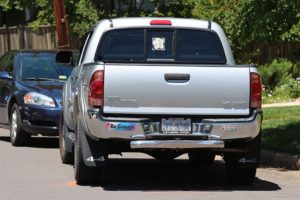 A 17-year-old Washington-Lee High School student has been sentenced in connection with the death of his friend, fellow W-L student John Malvar.

Malvar died in a skateboarding accident in June. Police say the 18-year-old was hanging on to the driver’s side window frame of his friend’s pickup truck when he lost his balance and fell, hitting his head on the pavement. Malvar succumbed to his injuries a few hours later. Students held a candlelight vigil in his memory.

The driver was later charged with reckless driving and pleaded guilty earlier this fall. At a juvenile court sentencing yesterday afternoon, a judge sentenced the teen to serve a weekend in juvenile detention. He was also placed on probation; ordered to perform 100 hours of community service and attend a victim awareness program; and had his drivers license revoked for 6 months and a $500 fine imposed.