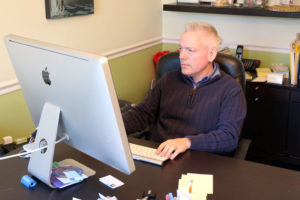 Greg Greeley is not your typical suburban School Board candidate. A single gay man, a father of two adopted boys, and an Air Force veteran, Greeley breaks the mold in more ways than one.

This might be big news elsewhere in the country. In Arlington, however, Greeley is just running to succeed another mold-breaker.

Greeley has served as chair of the “Planning and Capacity Subcommittee of the Advisory Council on School Facilities and Capital Programs” and as treasurer of the Randolph Elementary School PTA, among other volunteer positions with school organizations.

The 49-year-old Democrat has already received endorsements from state Sen. Adam Ebbin (D-30) and Del. Patrick Hope (D-47) and is prepping for a door-knocking campaign before the Democratic caucus in May. Greeley, a federal government contractor and project manager, is primarily focused on capacity and facility issues — building and renovating schools to keep up with Arlington’s burgeoning student population — since it’s where he thinks the School Board needs the most improvement. 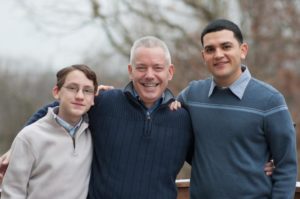 “I want us to make better decisions about how to deal with the capacity crunch,” he told ARLnow.com this morning. “The tipping point [in my decision to run] was last summer when the North Arlington elementary schools were dealing with boundary changes. It was really a painful public process.”

As a member of the capacity subcommittee, and the boundary liaison to Nottingham Elementary School during the process, he said he kept seeing reasons to run for the Board.

“As I got more involved in the facilities,” he said, “I saw more things I wanted to change.”

Greeley has never run for office before, but he has experience in helping change happen. He served four years in the Air Force — which he called “a great experience” — before applying for discharge because, as he put it, “I was too out to stay in.”

“I’ve always wanted to lead the life I wanted to live,” he said. He explained that that’s why, in 2002, he adopted his first son, Kolya, from the Ukraine as an 18 month old. “I hit my mid-30s and decided I wanted to have a family.”

Greeley doesn’t worry about convincing voters that he’s a capable, qualified School Board candidate despite his status as a gay single parent.

“That’s why I like living here,” he said. “People here are open and accepting. It wasn’t always this way. There was lots of pushback in the late 1980s and early 1990s, and we weren’t welcome in the political scene. Now we’re just part of the community.” 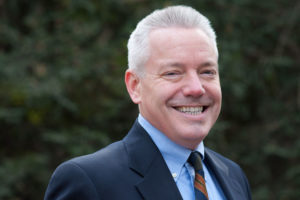 Greeley started fostering children a few years ago, hoping to find Kolya — now a student at Thomas Jefferson Middle School — a younger brother. That’s how he wound up with Ismael, a 17-year-old foster child from El Salvador, in 2010. Ismael now studies engineering at Northern Virginia Community College and, in July, Greeley legally adopted him before Ismael’s 21st birthday.

(Ismael was still an Alexandria foster child and thus eligible to continue attending T.C. Williams, despite the fact that Greeley lives in Arlington.)

“They gave him his schedule without talking to him and placed him in remedial algebra and auto shop,” Greeley said. “I had only had him for a few months, but I asked him if that’s what he wanted and he said no. I would be disappointed to see if we did the same thing here.”

If elected, Greeley wants the School Board to develop a long-term master plan for facilities; to improve the offerings and accessibility of Arlington Public Schools’ special education and English Language Learner programs; and to ensure advanced students in STEM fields (science, technology, engineering and math) can continue to attend Thomas Jefferson High School in Fairfax County.

“We should do a good job for all our kids,” he said. “From the most challenged to the most advanced. I’ve seen our special education and ELL program and I know what it’s like in the work world to manage a budget and manage a staff. That helps round out who we want on the School Board.”