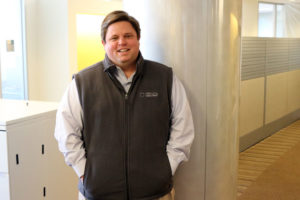 Privia founder and CEO Jeff Butler previously founded BroadReach Healthcare, a company dedicated to bringing healthcare and HIV/AIDS relief to South Africa and other African countries, through, originally, a $100 million U.S. State Department grant. The company was focused on connecting independent and spread-out doctors to each other so the health of the population could be managed at a scale.

Many businesses develop their business plan and technology, make a substantial profit, then donate money or services to help the less fortunate. Butler launched Privia Health in the D.C. area to bring the model of BroadReach — which is now based in Rosslyn — and its business to American healthcare.

“Having doctors directly engaged their patients, we decided there was a market for that in the U.S.,” Butler said. “We thought if we could develop a health plan we could get into some innovative models.”

Privia Health is split into two businesses, Privia Quality Network and Privia Medical Group. Privia Quality Network is a data-sharing platform and “care management system” that helps small-to-medium-sized physician’s practices manage the health of their clients as a population, and keep updated with their care between visits.

Privia Medical Group is a network of more than 140 doctors in smaller practices, bringing the tools of Privia Quality Network to work directly for patients who want to be treated by some of the region’s best doctors, Butler said.

Butler said Privia interviews and does its “due diligence” when considering which doctors to include in its network. He called it “sort of a dating process.”

The medical group is the business Butler was hoping to launch at first, but he acknowledged “the market wasn’t ready for it at that point.”

“About a year ago, after talking to physicians, we found the market had caught up to what we were doing,” he said. “Employers have seen premiums skyrocket. The question is ‘how do doctors come together to better manage the health of their patients?'”

The network rewards doctors for delivering better treatment to their patients, Butler said. After a patient has a visit, they’re called by a care manager and they can schedule appointments with nutritionists, physical therapists, personal trainers, and all the data is shared throughout the network.

If this is all starting to sound familiar, that’s because Privia is doing for doctors in small and medium-sized practices what Evolent Health, a Startup Monday subject from November, does for hospitals. Evolent CEO Frank Williams is even on Privia’s Board of Directors. Butler is a former director at The Advisory Board Company, where Williams previously served as CEO. 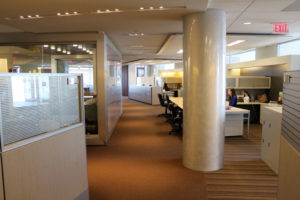 Privia was incubated with funding from BroadReach, but has since raised more than $20 million in equity, much of which comes from Health Enterprise Partners.

Privia Medical Group is only in the Washington, D.C., area right now, but it is getting primed to launch in other markets, as yet unannounced, later this year. Butler said this region was ideal for Privia because it is a “fragmented market of physicians.” Other cities with healthcare markets similar to D.C.’s are likely to be where Privia launches next.

“We’re in one of the most influential cities in the world,” Butler said. “If we can get this right, we feel like we’ve got an awfully big stage to grow that platform.”

Privia’s headquarters at 950 N. Glebe Road in Ballston half-office, half-construction site, as crews are working on building space where doctors can come in and train to use Privia’s technology. While Butler spoke to ARLnow.com last week, doctors and Privia employees were across the street in the Holiday Inn, training in temporary space.

“Arlington is going through a really exciting time,” he said. “There’s a lot of health-tech startups. There’s an innovation hub growing here.”