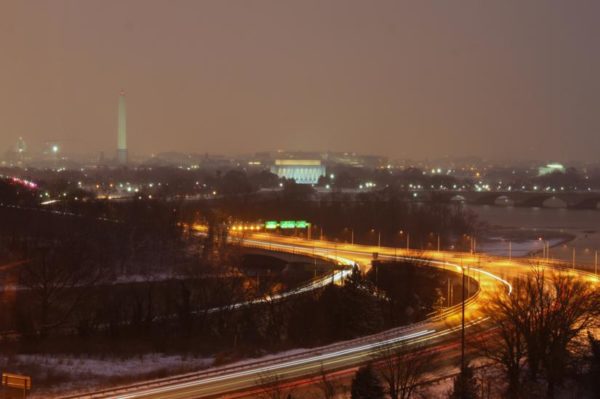 End of the Road for Seoul Food Truck — The Seoul Food truck, which makes stops in Rosslyn, Courthouse, Ballston and other lunch spots in Arlington, will be retired at the end of this month. The owners say they want to spend more time focusing on their brick-and-mortar store in Silver Spring, Md., next to the Wheaton Metro station. [Food Truck Fiesta]

Bike Boulevard Signs Installed — Arlington has installed signs and sharrows designating 9th Street S. and 12th Street S., which run along either side of Columbia Pike, as “bike boulevards.” The county has not yet, however, installed improved intersection crossings or trail links, leading some to say that the bike boulevards so far do little to improve safety for Pike cyclists. [Greater Greater Washington]

Preservation Arlington Mourns Loss of Homes — The group Preservation Arlington says a total of 14 demolition permits were applied for in January. “In review of the Arlington County tax records, eight of the eleven houses are owned by builders and are speculative redevelopments, and two are being redeveloped by individuals who bought the property within the last year,” the group writes. “The looming demolition of these houses and buildings represents an incredible loss of history, architecture, time, energy, and materials.” [Preservation Arlington]