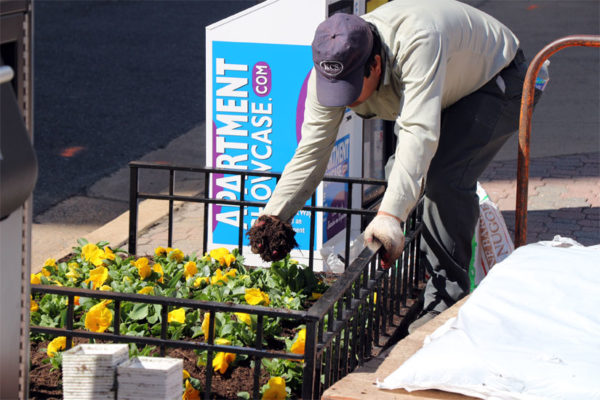 Dogs Rescued from Fire Doing Well — The two dogs rescued from a house fire across from Yorktown High School were taken off oxygen Thursday and were expected to return home this weekend. The dogs suffered smoke inhalation from the fire. [Twitter]

Rosslyn Pros and Cons — Sophie Pyle, an on-again, off-again Rosslyn resident, has compiled a list of what she sees at the pros and cons of living in Rosslyn. Pros: the views and easy transportation. Cons: airplane noise and a lack of nightlife. [InTheCapital]

DJO Senior Named All-Met Player of the Year — Bishop O’Connell High School senior Melo Trimble has been named the boys’ basketball All-Met Player of the Year. He will play at Maryland next year. Wakefield High School’s Dominique Tham was named to the third-team All Met. No other Arlington athletes were named to winter All-Met teams. [Washington Post]