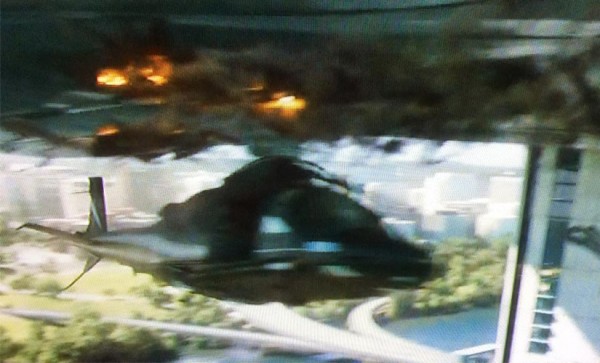 Rosslyn has a cameo in Captain America: The Winter Soldier, which opened to a record-setting $96.2 million in box office sales this past weekend.

The superhero flick is set in D.C., but much of the action centers around the high-rise headquarters of the spy agency S.H.I.E.L.D., which oddly appears to be built on Roosevelt Island. As a result, Rosslyn can be seen in the background of many shots.

“The filmmakers did an excellent job of showing off the Rosslyn skyline and waterfront (along with the National Mall) throughout the film,” one local moviegoer told ARLnow.com. “Most movies that take place in D.C. rarely get it right, but you can clearly see a number of Arlington landmarks like the Rosslyn skyline, River Place Apartments, and the Key Bridge Marriott.”

Some of that Rosslyn skyline is visible in the screenshot above, taken from a television commercial for the film.