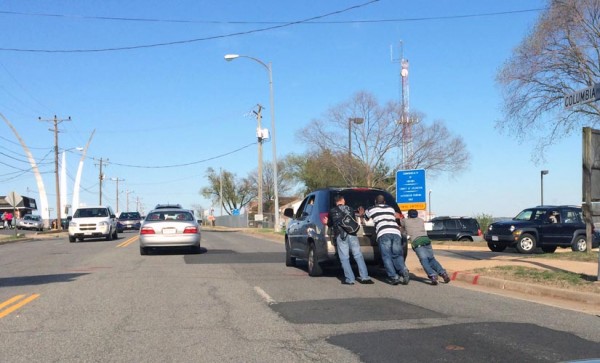 ‘Most Clarendon Craigslist Ad Ever’ — Is this listing for rooms in a house in the Clarendon-Courthouse area, which starts out with the greeting “Whasup Craiglist,” the “most Clarendon Craigslist ad ever,” as our tipster puts it? According to the listing, two people are leaving the four-person house and the remaining residents “are looking for new members [to add] to our wolfpack.” [Craigslist, Twitter]

Arlington Is 2nd Most Affordable for Car Insurance — A website says Arlington has the second most-affordable car insurance in the country. The ranking is based on the average insurance rate for a Ford F-150 as a percentage of the county’s median income. [Nerd Wallet]

SpringFest in Shirlington Tomorrow — Campbell Avenue in Shirlington will be closed to traffic tomorrow (Saturday) for the first annual Mid-Atlantic SpringFest beer festival. It costs $30 for tickets to sample the festival’s brews, which are being provided by more than 45 breweries. [Capitol City Brewing]

Summer Opening Eyed for Silver Line — After a series of delays, Metro is hoping to open the first phase of the Silver Line at some point this summer. [Reston Now]