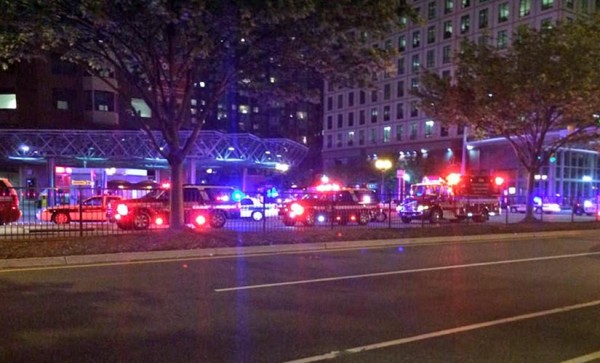 (Updated at 1:35 p.m.) Police and paramedics swarmed the Ballston Metro station after a stabbing Sunday night.

According to WMATA, a man in his late 20s was stabbed on the station platform around 8:50 p.m. He suffered life-threatening stab wounds to his bicep and abdomen and as of Monday morning was listed in critical/stable condition, according to Metro spokesman Dan Stessel. 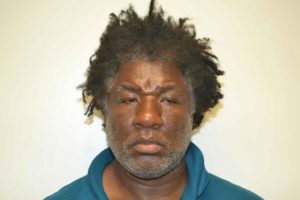 Two people were taken into custody in connection with the stabbing but so far only one has been charged. According to Stessel, 52-year-old Jeffrey Kenneth Hicks, of no fixed address, has been charged with aggravated malicious wounding.

The circumstances that led to the stabbing are still under investigation, but Stessel said “it appears that it began as a verbal altercation that escalated to physical violence.”

Trains single-tracked past the station Sunday night while police collected evidence. On Twitter, witnesses described seeing “blood all over the platform.”

@unsuckdcmetro Someone was just stabbed on inbound platform at Ballston. Blood all over the platform. MTPD on scene, local PD en route.