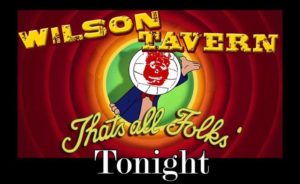 (Updated at 3:35 p.m.) Wilson Tavern, a Courthouse bar that has developed a following for theme nights like “Condoms and Candy Necklaces,” is throwing one last party tonight before it closes its 2403 Wilson Blvd location.

The bar and its neighbor, Northern Virginia Mixed Martial Arts, are being displaced so the building can be torn down to make room for a new hotel, which was approved in March.

The demolition of Wilson Tavern is expected to begin soon, and construction of the hotel, slated to be an eight-story Hyatt Place, is expected to start this summer. The hotel includes a ground floor retail space for a restaurant.