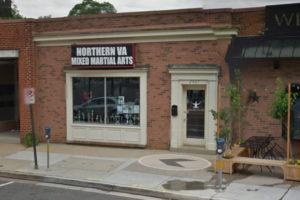 Northern Virginia Mixed Martial Arts & Fitness, the martial arts and Crossfit studio next to Wilson Tavern in Courthouse, is moving to a studio across the street from Washington-Lee High School.

The new location, at 1425 N. Quincy Street, was necessitated by the plans to tear down Nova MMA’s building and replace it with a hotel. According to Nova MMA’s Facebook page, the gym will move into its new location on June 2.

The new location will be 18,000 square feet of first floor warehouse space, double the space for Crossfit and dedicated rooms for Ultimate Fitness Kickboxing classes, grappling, and striking/Krav Maga classes. A 20-foot-by-20-foot boxing ring and heavy bags will be in the striking area, according to Facebook.

When the hotel, planned to be a Hyatt Place, was approved, the Washington Business Journal reported Wilson Tavern was considering a move to Ballston, but nothing has been made official yet. Schupp Companies, which owns the property and is coordinating the redevelopment, hopes to break ground in June.