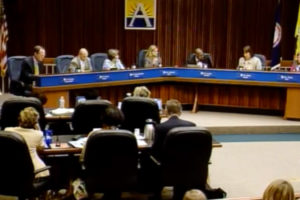 The Arlington School Board adopted its FY 2015 budget last week, increasing its expenditures by 3.13 percent from $523 million last year to $539.4 million this year.

Arlington Public Schools will receive a transfer from the county of $432.2 million, with the rest of the money coming from federal, state and other sources.

Responding to parent criticism, the School Board reversed many of the cuts proposed by Superintendent Patrick Murphy. While the school system is growing thanks to increased school enrollment, Murphy sought to offset some of the expense of that growth through cuts totaling $7.3 million and the equivalent of about 75 full-time positions.

The School Board moved more than $5.6 million in reserves for 2016 into expenditures for this coming year, adding the equivalent of 70 full-time positions to Murphy’s proposed budget. Among the proposed cuts nixed by the Board:

School Board Chair Abby Raphael was the only School Board member to vote against reinstating the autism assistants. The seven positions were restored with $271,859 in one-time funding.

“It’s our job to set priorities,” she said during the meeting last Thursday night. “I think as we go through that process, it’s also our job… to decide if we’re not going to have cost savings and we’re going to add things, then what are we going to cut? Primarily how we’ve funded [these programs] is taking funds from our FY 2016 reserve.” 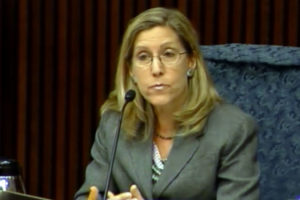 Raphael said the reserve in the approved budget is less than $300,000 for FY 2016. In addition to restoring the autism programs, the School Board approved ending early Wednesday release and implementing FLES programs (foreign language in elementary schools) at Oakridge, Nottingham, and Tuckahoe elementary schools.

The School Board decided to quietly eliminate the superintendent’s 1:1 Initiative, which received considerable attention when it was announced this winter. The initiative would have provided APS second-graders with Apple iPads and sixth-graders with Google Chromebooks, with plans to broaden the program to other grades in future years. The initiative was slated to cost $200,000 next year, and it was part of Murphy’s broader literacy initiative, which was slashed by $600,000 in the School Board’s adopted budget.

Though the budget will push Arlington’s per pupil spending to $19,244, the highest of any suburban D.C. school system, some teachers are saying — privately — that it doesn’t deliver on APS’ pledge to attract and retain high-quality teachers. The budget includes a 2 percent cost-of-living increase and $500 one-time bonus for APS employees, but no salary step increase.

“They are not giving teachers the step increases that they promise when you are hired,” one anonymous tipster told ARLnow.com. “They are giving us cost of living increases, sometimes, which help older teachers, but not younger teachers. They keep implementing new ideas and spending loads of money [on] stuff that gives teachers more work, but not actually increasing the pay to even it out.”

Also at its meeting last week, the School Board held a public hearing for its proposed Capital Improvements Plan, which, in addition to building a 1,300-seat secondary school at the Wilson School property, includes plans for a $30 million renovation to Abingdon Elementary School and a new, 725-seat elementary school in South Arlington.

Thirty-one speakers addressed the School Board, and the Wilson School site was a divisive topic. Some speakers praised APS’ ingenuity, while others expressed concerns with the site and proposal itself.

“The cost estimates for the Wilson site do not address long-term costs,” Eve Reed, a parent of children in APS, said. “The majority of students who would attend school there live far away and would need to ride buses. 74 percent of the households in Rosslyn don’t have any children, and that’s not going to change.”

Melinda George, a parent to Yorktown High School and H-B Woodlawn students, said the Wilson School property fills all the criteria the School Board looks for when it hopes to expand capacity.

“It’s a great asset for us to have and to figure out what to do with,” George said. “You have demonstrated that you heard the community’s desire to think outside the box and to find existing space that would allow us to address this capacity issue in a timely and positive way.”

The School Board will vote on its CIP on June 17 before it goes before the county with is final CIP vote in July.