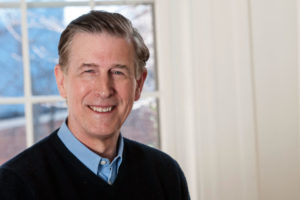 I was taught growing up that we are each put on this earth to build something larger than ourselves and to serve others. It is with this in mind that I am a candidate for Congress.

I have a proven record on many issues and across many interest groups. And if elected, I will work diligently with constituents and fellow members of Congress to make principled, constructive progress locally, nationally and internationally.

I have been a businessman in Northern Virginia for 40 years, and led the transition team for President Obama at the Department of Commerce. I was Virginia’s Lieutenant Governor for two terms and President Obama’s ambassador to Switzerland and Liechtenstein for four years. I have a long record as a leader in many community nonprofit organizations as well. And I am also the father of four and a grandfather of two.

I want to take all of these experiences to the House of Representatives and, with your help, be an agent for change on the issues that matter most.

I will push for a progressive carbon tax, because I believe climate change is the most pressing crisis of our time. When I was ambassador, I authorized a carbon footprint assessment of the U.S. embassy, which was a first for a U.S. embassy. Then we reduced it by 40 percent. As a lifelong hiker who has hiked half of the Appalachian Trail and aspires to complete it, I will do all I can to enhance and protect our green spaces in this urban and suburban congressional district.

I will work for gun safety and stand up to the NRA, so that we can put an end to the plague of gun violence. I want to enact reasonable legislation like enhanced background checks, closing the gun show loophole, and banning high capacity magazines. I am stunned that, in the wake of so many gun deaths and tragedies, our country still has not passed such basic measures.

I will always fight for reproductive rights and to keep the government out of personal decisions. As Lieutenant Governor, I blocked parental consent bills dozens of times and I will continue that record in Congress.

I will be an advocate for federal employees, who have borne too much of the country’s budget struggles. We need to make sure they receive the pay increases they are due and get respect, rather than disdain, for their service to the public.

I will apply my business acumen and credentials toward raising the minimum wage and helping the local, as well as the broader Virginia and U.S. economies. Too many working families are falling behind. The middle class is shrinking as the gap between the wealthiest and the poor is growing. I want to do all I can to help these families.

I have spent countless hours volunteering for local and state nonprofits, and the experience informs my understanding of the needs of the most vulnerable in our region. For fourteen years, I chaired Jobs for Virginia Graduates, the state’s most successful high school dropout prevention program. I also spent nearly a decade on the board of the D.C. Campaign to Prevent Teen Pregnancy. And I was president for three years of Youth for Tomorrow, Joe Gibbs’ home for troubled adolescents.

Our nation was founded with the ideal that everyone deserves a fair chance. This means equal pay for equal work, the right to love whom you choose to love without discrimination, and immigration laws that keep alive the American dream. My years of service abroad representing our country inspire me to fight for the freedoms and rights that make our diverse country great.

If you elect me your next member of Congress, I will have an open door and will listen to your concerns. I ask for your vote in the June 10 primary.

Read more →
More Stories
H-B Woodlawn Could Move to Wilson SchoolLavern Chatman: Why You Should Vote for Me