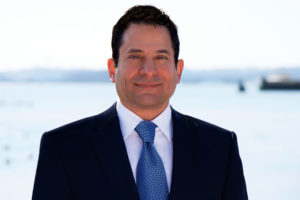 There is a battle going on in the Democratic Party between its establishment and progressive wings. Conventional Democrats believe the best way to “get things done” is to appease the right wing, give them half of what they want, and declare victory.

I reject this strategy as counter-productive. When Don Beyer caved in to Republicans Jim Gilmore and George Allen, he didn’t win the debate: he lost his gubernatorial election by a landslide and ended up regretfully (and unintentionally) abandoning Virginia’s poor. When President Obama caved in to the tea party in 2010, it did not moderate his right-wing opponents. It increased their obstruction.

In contrast, in 2013, when President Obama stood firm and refused to surrender, the tea party blinked. When my hero Elizabeth Warren refused to back down on consumer protection, she won both the rhetorical battle and the legislation. My former boss Barney Frank insisted on regulating Wall Street firms that were too big to fail. And although he did not get everything he wanted, Paul Volcker’s rule (requiring banks not to gamble with their clients’ money) became law.

I was a good trial lawyer and never lost a case in my home court. Because opposing counsel knew I did not fear going to trial, I settled more than 90% of my cases. My willingness to go to trial increased my chances of a good settlement.

I saw Barney do the same thing on Capitol Hill. Time and time again, Republicans gave us what we wanted because they did not want Barney calling them out in public.

I’ve been The Aggressive Progressive on radio and television for more than ten years. I enjoy facing down right-wing pundits like Bill O’Reilly, promoting liberal values with my Constitution in hand. I’m confident I can pass bipartisan legislation behind the scenes if unreasonable Republicans know that I, like Barney, am unafraid to call them out in public.

We will always have moderate Democrats. The Party is full of them. We have a big tent. But if we in the Eighth Congressional District do not elect an aggressive progressive to make our case, who will? Who will be the Elizabeth Warren counterpart in the House? Barney Frank and so many strong liberals have already left Government. Jim Moran is retiring too, and he was no shrinking violet.

I’m Mark Levine. On Tuesday June 10th, I respectfully ask for your vote. I want to be a representative who stands out in a sea of politicians, makes a real difference, and fights the big-business interests who use big money and lobbyists to buy so many of our representatives in Congress. I can’t be bought, because I’ll only be working for you.

END_OF_DOCUMENT_TOKEN_TO_BE_REPLACED

More Stories
Patrick Hope: Why You Should Vote for MeBids Canceled for Aquatics Center As County Seeks Private Funds