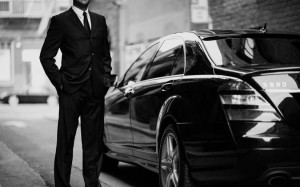 Arlington officials are trying to walk a tightrope on the topic of Uber, which is pitting two constituencies against each other: tech-savvy, often younger voters vs. hard-working immigrants who have the support of labor activists.

On one hand, the Arlington County Board is sensitive to the plight of cab drivers, who are trying to fend off ride sharing services like Uber while complying with county and state regulations. On the other hand, many Arlington residents seem to like Uber, which is operating outside the law in Virginia.

County Board Chair Jay Fisette addressed the issue Tuesday, at his State of the County address. His audience: members of the Arlington Chamber of Commerce. Chamber members tend to skew older than the 20-something crowd one might envision when discussing a popular smartphone app, yet when asked who had used Uber, some 50-60 percent of the room raised their hands. Fisette himself had a hand raised — “I used Uber for the first time in New York City recently,” he revealed. 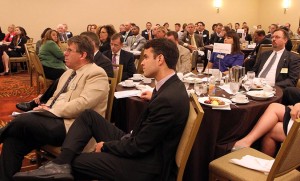 Arlington caught flack from Uber fans when the police department announced it would ticket Uber drivers, given the cease and desist order issued by the Virginia Dept. of Motor Vehicles earlier this month. Fisette, however, downplayed the actual impact.

“Our police aren’t going to look for the problem, but if they run into it they’re obliged to ticket these folks,” he said.

Fisette said services that provide rides to consumers are regulated for a reason.

“We have the taxi industry, a regulated industry, created for consumer protection,” he said. “When it wasn’t regulated, quality went down and risk for customers went up.”

Fisette suggested that Uber should compete on a level playing field by complying with the law, but acknowledged that the consumers the state is trying to protect generally seems to like the service.

“I think it’s fair to say they’re seen to provide some outstanding customer service and ease of use,” Fisette said. “It’s convenient, and that customer friendliness and innovation has helped them create a market. Anytime you have a demand, you’re doing something right.”

In the end, Fisette said Arlington would participate in a state study into the Uber issue, but didn’t say what kind of perspective the county would bring to the table.

“As a locality, we don’t really have a point of view except that we have to enforce the law,” he said.