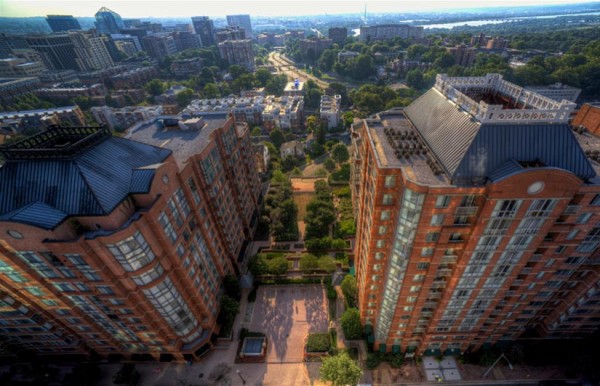 Fallon, Baker Out; Omara, Schneider In for 48th — The list of contenders in the race to replace the retiring Del. Bob Brink (D-48) continues to change. Peter Fallon, mentioned as a possible candidate, says he will not run. Steve Baker, who threw his hat in the ring for a few hours, is no longer running. Young Democrats of America President Atima Omara, meanwhile, is running, as is Yorktown Civic Association President Andrew Schneider. At last count, there are six Democrats and no Republicans in the race.

Hazmat Scare at TJ Middle School — There was a hazardous materials scare at Thomas Jefferson Middle School yesterday (Tuesday) afternoon. According to an Arlington fire department spokeswoman, the family of a former school employee who passed away brought a box of art supplies to the school as a donation. A school staff member sorting through the donation opened a bag, smelled a strong odor and began to feel sick. Arlington’s hazmat team arrived and determined that the bag contained a chemical used for gold plating. A cleanup crew was brought in to dispose of the chemical and the employee was transported to the hospital in stable condition.

STEM School Proposed — During a discussion about science, technology, engineering and math (STEM) education, the Arlington School Board began talking about the possibility of opening a new STEM-focused middle school or high school. Such a facility could potentially compete with Fairfax County’s Thomas Jefferson High School for Science and Technology, a magnet school attended by a number of Arlington students. [InsideNova]

New Va. Laws Take Effect — A number of new laws in Virginia took effect Tuesday. Among them: the abolition of a $64 tax on hybrid vehicles, a law requiring fewer Standards of Learning tests for grades 3-8, and a law that requires motorists to maintain more space between their vehicles and bicyclists. [Reston Now]