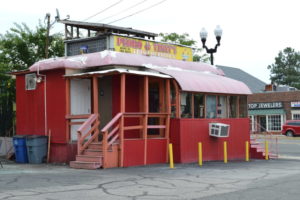 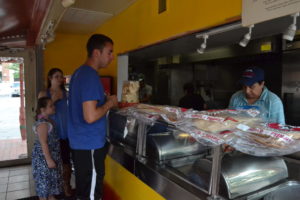 The restaurant reopened after re-applying for its food establishment license, as allowed by Arlington County Code. Arlington’s health department found Pedro and Vinny’s had “a pattern of repeated violations… that significantly increased the risk of foodborne illness to patrons including improper holding temperatures of foods,” according to Arlington Dept. of Human Services spokesman Kurt Larrick.

An inspector revoked its food license last month when the temperature problems were not fixed. Larrick said DHS approved its new license yesterday, and inspectors will check on the restaurant’s compliance within 30 days,.

“It’s been a lesson, and we’ve learned from our mistakes,” Pedro and Vinny’s manager Richard Arnez said. “We’ve been doing a lot of remodeling, and a lot of the cleaning has been changed. It’s pretty much like brand new.”

The 13-day closure has not impacted the volume of customers patronizing Pedro and Vinny’s, Arnez said. “People are excited to come in, like before,” Arnez said.

The 2599 Columbia Pike location, owned by the food truck of the same name, has not changed its menu or hours, and continues to serve the burritos that earned it a spot on the Five Thirty Eight Burrito Bracket the same month as its closure.

“Our food is great, fresh, everything is good,” Arnez said. “So we’re good to go.”