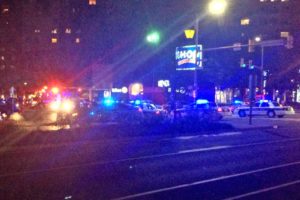 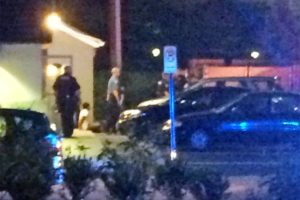 A man was jabbed with a fork and a woman was punched in the face during a scuffle at the International House of Pancakes (935 N. Stafford Street) in Ballston late Sunday night.

Police say a verbal argument escalated into a physical confrontation at the restaurant around 11:45 p.m. The suspect, identified as 45-year-old Arlington resident Ernesto Juarez-Cabrera, allegedly jabbed another man in the hand with a fork, then punched a female family member in the face, according to police.

Neither victim required a trip to the hospital, although the fork broke the skin on the man’s hand, Arlington County Police spokesman Dustin Sternbeck said. The fight was broken up by an IHOP manager, who escorted the suspect outside. While outside, Juarez-Cabrera repeatedly punched a restaurant window, breaking it, according to Sternbeck.

The broken glass cut Juarez-Cabrera’s hand and he was transported to a local hospital for treatment.