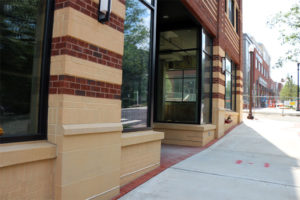 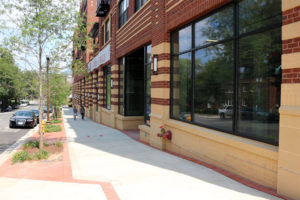 A Virginia ABC store may be coming to the Courthouse area.

The state Department of Alcoholic Beverage Control is negotiating a lease for a liquor store in the new 1919 Clarendon Blvd building, an ABC official confirmed. That’s a block away from the Colonial Village Shopping Center, where another ABC store closed last year.

ABC has applied for a construction permit for the space, but it has yet to be approved.

The store, if it does finalize its lease, would move into the new building alongside Lucky Pot Asian restaurant, Oasis Nail salon — both under construction — and European Wax Center, which is already open. Also moving into the building, according to Elevation DC, is a location of H Street NE Lebanese eatery Shawafel, which also has a booth at Nationals Park.

Shawafel, owner Alberto Sissi told Elevation, plans to have two counters — one for its savory food items and one for sweets — along with a fresh juice station.