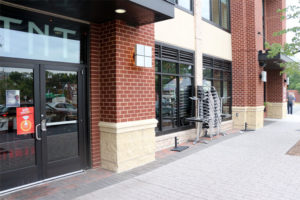 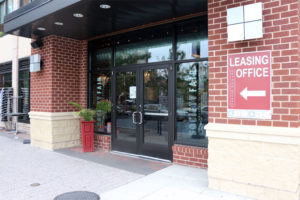 The cafe Society Fair and the “rock ‘n’ roll bar” Bar TNT are expected to close their shared location on Columbia Pike by the end of the month.

The 2413 Columbia Pike establishment opened in 2012 as Bar TNT and Eamonn’s, a fish and chips restaurant, owned by EatGoodFood Group. The Eamonn’s part of the business turned into a second location of Society Fair earlier this year. The company’s other location is in Old Town Alexandria.

A Society Fair employee told ARLnow.com yesterday that the owners planned to close both parts of the business, facing Penrose Square, by Sept. 30.

“We don’t get as much business as the manager would like,” the employee said. “The owner thought this would do as good as Society Fair in Old Town. It’s a little more expensive than I guess the community would like. I guess a lot of people also don’t know that we’re here.”

The owners were traveling and could not immediately be reached, a spokeswoman said.

The news of the closing came the same day Bar TNT was nominated for “The People’s Best New Bars” of the Southeast by Food & Wine magazine. The pub that serves rock ‘n’ roll-inspired drinks like the Cocktail Left on the Nightstand (flat Coke and smoked Jack Daniel’s whiskey) was the only bar nominated in Virginia.