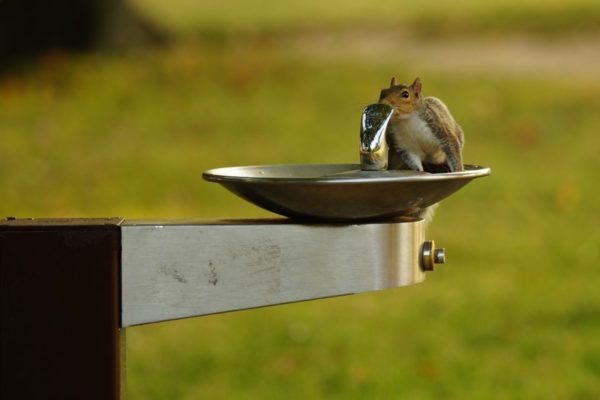 Wilson Blvd Sidewalk Improvements Delayed — Arlington County Board members were apologetic on Saturday after a resident complained about the state of sidewalks along Wilson Blvd in the Bluemont area. The first phase of an improvement project, which will only consist of repaving and restriping the road, is now not slated to take place until the spring. County leaders promised to try to implement the second phase, which will actually improve the sidewalks, sooner rather than later. [InsideNova]

Bar to the Rescue in Crystal City? — Crystal City property owner Vornado hopes Highline, a new bar coming to the neighborhood, will help its growing tech community there after work. Vornado is trying to restyle Crystal City — which has lost government tenants for millions of square feet of office space, as a result of BRAC — as a tech hub. [Washington Post]

Neighborhood Conservation Projects Approved — A $2.5 million slate of four neighborhood improvement projects was approved by the County Board on Saturday. The projects include three in north Arlington and one in south Arlington. [Arlington County]

Bank Robber Sentenced — A D.C. man who robbed two Wells Fargo banks in Arlington has been sentenced to 35 years in prison, federal prosecutors announced. James Link, 57, was accused of robbing a Wells Fargo branch on Nov. 25, 2013, injuring an elderly woman in the process, and a branch on Dec. 31, after which he and an alleged accomplice were arrested by FBI agents who were waiting outside. [U.S. Dept. of Justice]