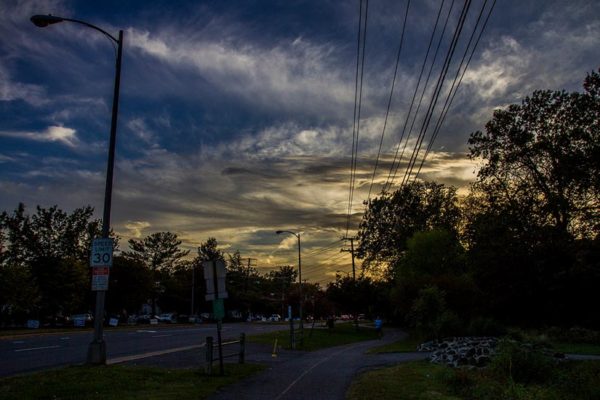 Wardian Featured in Runners World — Prolific ultramarathon runner and Arlington resident Michael Wardian was the subject of a full-page spread in the latest Runners World magazine. Wardian, 40, holds the record for fastest marathon dressed as a superhero, fastest marathon with a stroller and fastest marathon on a treadmill. He was photographed on the Potomac Heritage Trail, where he regularly goes on morning runs with his puppy, Rosie. [PDF]

Candidates Question School Costs — School Board candidates Barbara Kanninen and Audrey Clement both said that there are ways to contain costs at Arlington Public Schools. Clement said the school system should consider increasing class sizes, while Kanninen said she was concerned about the cost of technology initiatives. [InsideNova]

GW’s Barcroft Park Field to Be Named — George Washington University will name the field its baseball team plays at Barcroft Park after a major donor. The field recently underwent a $3 million renovation. It will be named after Avram “Ave” Tucker, a former GW baseball player and the owner of a financial firm, who is making a $2 million donation to the school. The newly-christened “Tucker Field” will be dedicated in a ceremony Saturday morning. [George Washington University]

Orthopaedic Center to Open in Clarendon — The Orthopaedic Foot and Ankle Center of Falls Church has announced that it has opened a second office, at 1307 N. Highland Street in Clarendon.

END_OF_DOCUMENT_TOKEN_TO_BE_REPLACED

More Stories
Just Listed in ArlingtonUPDATE (2): Sick Woman at Pentagon Does Not Have Ebola