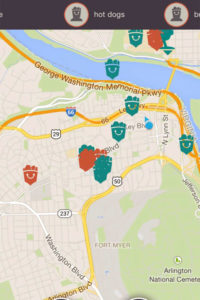 What do Arlington businesses Lyon Hall, Casual Adventure, Trade Roots and One More Page Books have in common?

They’re all on the small business social network app, YOPP, created and developed in Arlington as a way to help small businesses reach customers in the mobile-dominated technology landscape.

“We’re enabling small businesses to compete in a world that’s heavily in the mobile commerce space,” YOPP founder Shana Lawlor told ARLnow.com last week. “We feel we can give the businesses on our platform the ability to compete and stay relevant.”

YOPP fully launched in September. In January, ARLnow.com discussed the app — which was then called MainST — with Lawlor, who was preparing to launch the beta in the spring. Since launching last month, Lawlor said the user base has quadrupled over the last few weeks with customers finding deals for small businesses in Arlington and D.C.

The app allows its users to search for items they want and notifies small businesses when customers nearby are looking for something they sell. If an Arlington resident plugged in they were looking for leather bracelets, Covet at 5140 Wilson Blvd would be able to message the customer and tell him or her to come by, even offering a discount.

The message apparently is resonating with the app’s early users. Lawlor said she was projecting 500 users by the end of the year, but the app has already been downloaded more times than that, she said.

“In D.C. and Arlington, there are so many cool areas to shop that people don’t know about,” Lawlor said. “There’s a shift in people’s thinking about where they want to shop when they find these really cool places… The majority of users are looking for very unique things, and they’re really passionate about what they’re trying to find. Finding an alternative to the search engine is very exciting for them. it’d be increasingly cool if we can help people find these things all the time.” 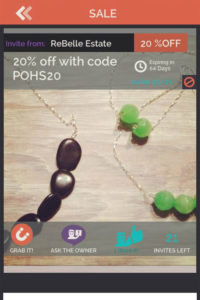 YOPP will be powering Arlington Small Business Day, which Lawlor founded, this year on Nov. 29. The deals will be offered through the app, the participating businesses will be highlighted in the app’s map function, and those looking for the perfect Christmas gift will be able to ask their fellow users where to go.

The app “works everywhere,” but YOPP is focused on Arlington and its surrounding area at the moment. By the end of the year, Lawlor hopes to launch the app fully in New York City and 10 other markets.

“People love to go shopping in certain cities,” Lawlor said, “but there’s no resource telling them where to go once they get there.”

Lawlor has five part-time employees and expects to bring three of them full-time next year. The former exporting business owner has found herself in the heart of D.C.’s tech scene since launching YOPP, with an office in 1776 in D.C. and being named one of Bisnow’s Top 40 women in D.C. tech.

“I was very flattered to be among the women there,” she said. “When you’re a young startup and when you’re put in a group of successful women, it’s a compliment.”

ASBD and the Halloween and Christmas shopping seasons should be a boon to YOPP and, Lawlor hopes, Arlington businesses. She’s been working for years to create more of a community among the business owners in Arlington, and her company appears on the verge of doing just that.