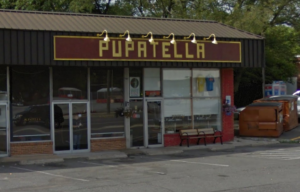 Pupatella is getting accolades for its Neapolitan style pizzas. A recently released list puts it at the top, compared to all other pizza joints in the state.

FlipKey.com, a TripAdvisor company, put together a list of “Best Pizza Worth Traveling For” and chose one pizza place for each of the 50 states. Arlington’s own Pupatella received the honors for Virginia.

A representative for FlipKey said the winners were chosen based on market research and traveler feedback.

The full list of the best pizza worth traveling for in each state is available online.

Last year, Pupatella won another ABBIE for being named the best pizza place in Arlington, and also made the Washington Post’s list of “40 dishes Washingtonians shouldn’t live without in 2013.”