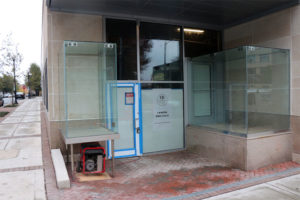 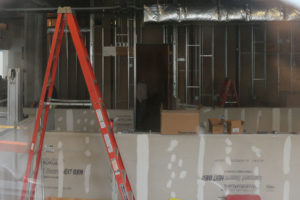 The restaurant announced in a press release that it expects to open “in about two months,” with a full bar and a large, open space with an open kitchen. The restaurant’s first branch opened in Charlottesville in 2012, and the Clarendon location will be its second.

“The idea is to broaden people’s horizons when it comes to simple, ‘classic American’ fare,” said owner Anderson McClure, an Alexandria native. “We want to serve great food and drinks, and do it in a way that might also change people’s perception and standards.”

The restaurant, according to a press release, will source its grass-fed beef, eggs, cheese and produce from farms in Virginia “each run with ethical, sustainable, free-range priorities.” All of the waitstaff will be trained to explain the origins of the menu and bar items. The restaurant says it will partner with “neighborhood bakers” for the bread used in its burger buns.

As far as the bar, customers can expect a rotating tap list and more than 100 bottles of beer, plus “cutting-edge craft cocktails and an upstanding wine list showcasing many Virginia wineries.”

There will also be flatscreen TVs throughout the bar.