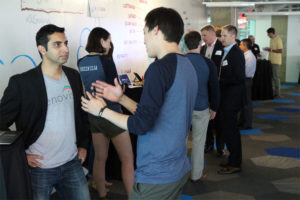 Arlington County is the best “city” in the U.S. for young entrepreneurs, according to a new set of rankings.

The website Nerdwallet crunched the numbers and determined that Arlington has the best combination of access to funding, networking and mentorship, affordability and a robust local economy.

“Arlington, Virginia, is the best city for young entrepreneurs with a high percentage of educated young people, the highest per capita income in the nation and access to businesses in the Washington, D.C., area,” the website wrote. ” Nearly 28% of the city’s residents are 25 to 34 years old, and at least 74% of all residents over 25 hold a bachelor’s degree or higher — both of these figures are the highest in the nation”