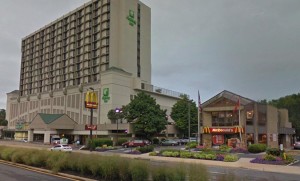 (Updated at 12:45 p.m.) A congresswoman’s wallet was “possibly stolen” in the Crystal City area late Sunday night, according to police.

(An earlier version of this story cited incorrect information regarding the timing of the wallet going missing.)

There was little additional information available about the incident. Malcolm was unable to provide the name of the congresswoman or the circumstances surrounding how the wallet went missing.

“We can confirm that a congresswoman’s was possibly stolen,” he told ARLnow.com “We notified U.S. Capitol Police.”

U.S. Capitol Police have thus far not responded to a request for more information.