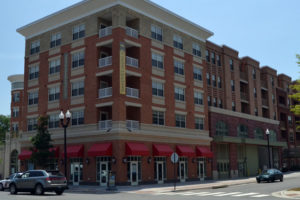 The Arlington County Board has approved a live entertainment permit for the under-construction Clarendon beer garden, from the owners of Westover Beer Garden, without much of a fight.

Sehkraft Beer Garden and Haus, which is planning on opening next spring in the ground floor of 925 N. Garfield Street, was approved for live entertainment at the Board’s Tuesday meeting. However, its request to keep its doors and windows open during live entertainment — while supported by the community — was denied unanimously.

The Westover Beer Garden and its owner, Devin Hicks, had a long, contentious battle with the county a few years ago over Hicks’ desire to have amplified music in its outdoor space. Since 2012, Hicks’ and the county’s relationship has improved — County Board members John Vihstadt and Walter Tejada said they are now proud customers of the restaurant — but the memories of the permit fight were still on some of their minds. 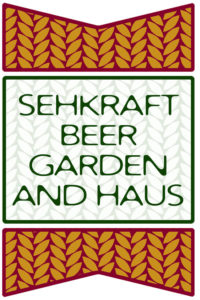 “There were some issues early on, and I don’t want to gloss over some of the history or the occasional problem now,” Vihstadt said, but added, “I think the beer garden is a huge community asset. It really is the embodiment of what makes Westover great.”

The difference between Westover and Sehkraft, county staff pointed out, is the new brewpub is in the ground floor of an apartment building and has residential developments nearby. Westover Beer Garden is in a business district and is 110 feet from the nearest single family dwelling.

However, the Lyon Park Civic Association supported Sehkraft’s request to keep the windows open so those in outdoor seating could hear the music. William B. Lawson, a real estate lawyer representing Hicks, told the County Board the request was intended to be a trial period.

“We think that an exception is appropriate,” he said. “Devin has put a lot of money into soundproofing and construction techniques that we think will lessen the impacts of the music. If there are any problems we’ll shut the doors.”

Although the Board denied the exception — agreeing with county staff that allowing it “would be inconsistent with current practice” — Board member Libby Garvey recommended Hicks come back in a year when the permit is up for renewal and suggest opening the doors and windows at that time.

“I think we should sort of ease into it a little bit,” Garvey said. “We’re hearing so much from folks in complaints [about noise’ that I think it would be better to ease into it.”

When he spoke to ARLnow.com in July, Hicks said he plans to open the beer garden and brewpub in March 2015.