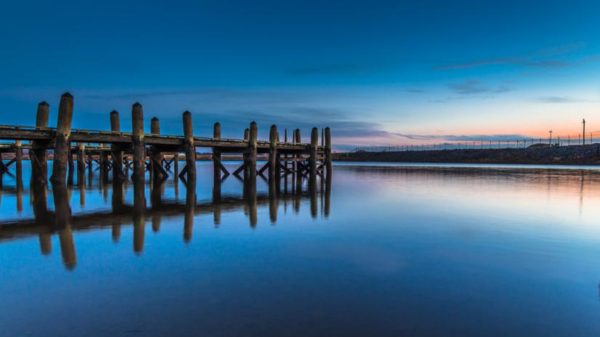 Fmr. Pentagon Police Chief Dies — Richard Keevill, the former chief of the Pentagon Force Protection Agency, died Saturday. Keevill served as chief of the Pentagon police agency from 2004 to 2013. Prior to that, he served with the Marines in Vietnam and later was the 1st Sergeant in charge of the Virginia State Police station on Columbia Pike. On Sept. 11, 2001, he ran into the still-burning Pentagon several times to search for survivors. Keevill died of natural causes. His funeral is planned for Saturday. [Facebook]

Redevelopment May Close Carpool — Developer Penzance and real estate investor Lionstone are working to close a deal to acquire and redevelop the Carpool property in Ballston. The long-time Arlington bar was previously slated to be redeveloped eight years ago but those plans fell through in part due to the recession. [Washington Business Journal]

Another Landlord Spat for Ray’s Owner — Ray’s Hell Burger Michael Landrum has gotten into another landlord-tenant dispute, this time with the owner of a building in D.C. that’s set to house his new restaurant, tentatively called Steaks in the City. Landrum was kicked out of his Ray’s Hell Burger locations in Rosslyn in 2013 following a dispute with his then-landlord. [Eater]

Christmas Beer Event in Courthouse — Fire Works Pizza (2350 Clarendon Blvd) in Courthouse will be hosting a tap takeover dubbed the 12 Beers of Christmas tonight. Starting at 5:00 p.m., the restaurant will offer holiday beers from St. Bernardus, Port City, Great Lakes and other brewers. The event is open to the public. [Fire Works Pizza]