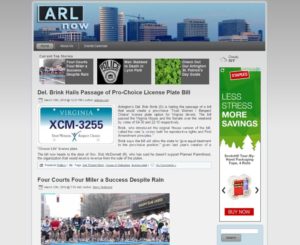 What have followed are five years of continuous local news coverage, from tiny articles about potholes that no other news outlet would report on to big scoops that quickly have become international news.

As part of our five year anniversary, we’re looking back (in no particular order) at some of the defining Arlington stories of 2010. Some are weighty and easily remembered. Others, not so much.

If you remembered all of those, congrats! You’re officially an ARLnow.com early adopter.

The event is hosted by the Crystal City Business Improvement District and the price of admission includes adult beverages and delicious finger food.