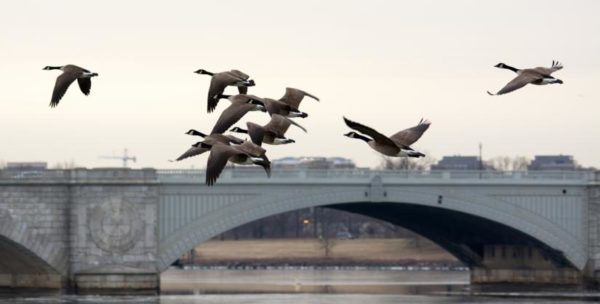 Wind Advisory Today — A wind advisory is in effect from noon until midnight today. Forecasters warn of 20-30 MPH winds with potentially damaging gusts up to 50 MPH. [National Weather Service]

Body Discovered Near DCA — A woman’s body was discovered near Reagan National Airport over the weekend. The body was found in the water around where Four Mile Run flows into the Potomac. [WJLA]

School Bus Camera Law in Effect — An new ordinance that will fine drivers caught on camera passing stopped school buses is now in effect. The ordinance, which was approved by the Arlington County Board in September, calls for high resolution cameras to be installed on the “stop arms” of school buses. Fines collected as a result of the ordinance will go to Arlington Public Schools. [WTOP]

Arlington’s Approach to Housing the Homeless — Arlington County is taking a “no-silos” approach to housing the chronically homeless that ignores divisions among county agencies. Arlington has housed nearly 300 chronically homeless men and women since 2011. Officials say the cost to house each person is $22,000 per year, compared to $45,000 in jail, shelter and emergency room costs should that person stay on the streets. [Washington Post]