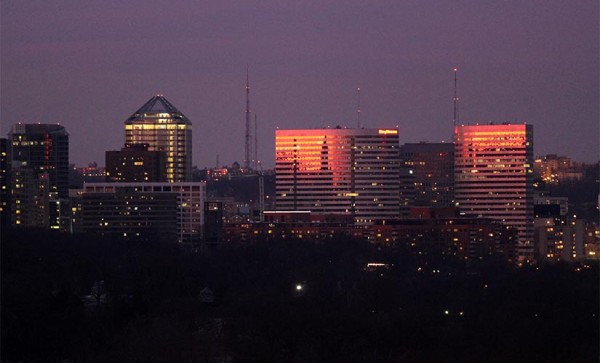 Tau, a resident of the District, formerly worked for several years at Rosslyn-based Politico. At least two of Tau’s followers, including a current Politico reporter, jumped half-heartedly to Arlington’s defense.

@A_H_Goldstein @ByronTau Our parking meter readers drive Priuses! We celebrate spring by wrapping trees with yarn! We have the Ahra Cafe!

Tau later clarified that while he has not lived in Arlington, he’s “been all over Arlington by foot, car and bike. Columbia Pike, Courthouse, Clarendon, Virginia Square, etc, etc.”

Reached by ARLnow.com, Tau declined to elaborate on his views on the record. His comments come several months after New York Sen. Kirsten Gillibrand made headlines for calling Arlington a “soulless suburb” in her new book.

ARLnow.com first reported Gillibrand’s “soulless” snub, which prompted widespread indignation in Arlington and some nods of agreement in D.C. But it turns out that Tau beat Gillibrand to the punch by more than a year. He tweeted this in 2013.

NoMa: when you want to live in a place as soulless and bland as Arlington at a much higher price point.

For the sake of discussion — is there anything you think Arlington should do to become less “soulless” in the eyes of some? Or should it stay just the way it is?