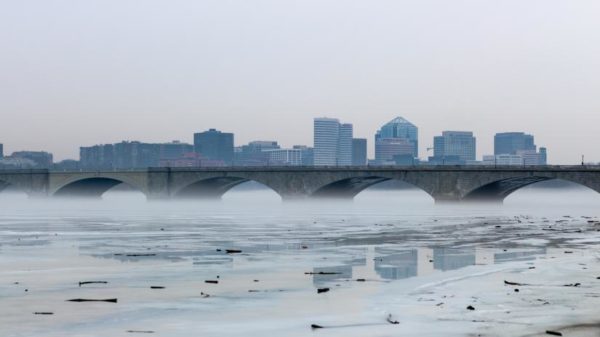 Apartment Tower Proposed for Carpool Site — A 22-story, 330-unit luxury residential tower has been proposed for the site at 4000 Fairfax Drive in Ballston currently occupied by Carpool. It’s unclear if the bar would move to a new location during construction or whether it would move back after. [Washington Business Journal]

Buses to Use Shoulders on I-66 — Monday, March 23 has been set as the launch date for a pilot program that will allow buses to use the shoulder lanes on I-66 inside the Beltway. The speed limit for buses using the shoulders will be 25 mph. [Washington Post]

Equalizing Treatment of Ticketed Cars — This weekend, County Board members are expected to approve a measure that would treat tickets issued by police officers the same as tickets issued by so-called public-service aides. The change would specifically apply to tickets for expired registration tags, personal-property decals and state safety inspections. Currently, tickets for such violations issued by officers can be dismissed administratively by the commonwealth’s attorney’s office, while tickets issued by PSAs require a more lengthy appearance before a judge. [InsideNova]

Wardian Sets Another Crazy Record — Superhuman ultramarathoner and Arlington resident Michael Wardian has set another record. This time, he set the record for fastest 50K on a treadmill. And he set the record after attempting it, unsuccessfully, 30 hours prior to his record-setting run. What’s more, Wardian accomplished the feat on a cruise ship in the Caribbean while sweating profusely. [Runners World]