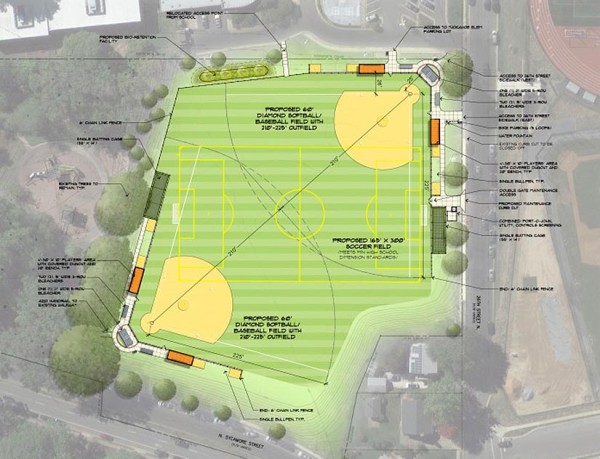 The county’s Dept. of Parks and Recreation has scheduled an open house later this month to discuss the plans and solicit community feedback. The open house will take place from 7:00 to 9:00 p.m. on Thursday, March 26 in the Tuckahoe Elementary School library.

The parks department says the renovations, planned for 2016, will focus on the park’s two softball fields.

“Renovations include the spectator and players’ bench areas, bullpens and batting cages, and improved access to the fields for people with disabilities,” the department said in an email. In addition, the renovations will allow the combined natural turf outfields of the two softball diamonds to be used as a soccer field.

A separate, previous improvement project for Tuckahoe Park’s playground was approved by the County Board in 2013.