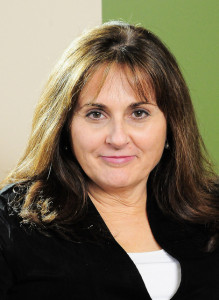 Eisner will leave her post at the end of May, DHS spokesman Kurt Larrick confirmed. She is the latest high-level Arlington staffer to retire, following Police Chief Doug Scott’s announcement in January and County Manager Barbara Donnellan’s announcement last Friday.

Eisner has been with DHS for more than 30 years, joining the Arlington Employment Center in 1984 and working her way up to director in 2005. Although the timing is conspicuous after Donnellan’s announcement last week, a source tells ARLnow.com there’s “nothing sinister here” and that Eisner is just hoping to travel with her new husband.

Eisner immigrated to the United States when she was 8 years old and worked as an immigrant counselor before she joined DHS, her biography says. In DHS, she has served as chief of the Economic Independence Division and served for three years as DHS deputy director before taking over the top job from Marsha Allgeier.

“She is proud to have completed the consolidation of all DHS services here at Sequoia Plaza (Public Health and Behavioral Health are joining us here this summer, joining the rest of the programs that came her in 2010) and maximizing the integration of human services in a centralized location,” Larrick said in an email. She is “also proud of all the work the department has done to strengthen, protect and empower Arlingtonians in need.”

The county has not formally announced Eisner’s retirement. It’s unclear who will take over the department when she leaves her position.