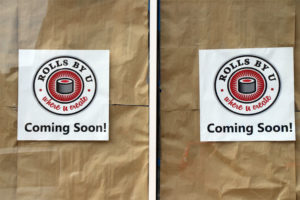 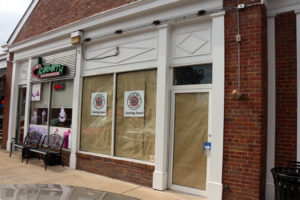 A new sushi restaurant appears to be moving in to the Colonial Village Shopping Center, next to the IceBerry frozen yogurt shop, at 1713 Wilson Blvd.

Rolls By U has put construction paper in the windows and simple signs on the door, with the business’ name, plus “where u create,” typed out on its logo.

The restaurant’s Twitter account has tweeted just twice, but its bio says “coming to Arlington this spring” and its second tweet includes the hashtag “#createyourown,” implying a do-it-yourself sushi concept.

When Rolls By U, does open, it figures to have some competition, with Kona Grill and Sushi coming in across the street and Cafe Asia and Kanpai serving sushi just a few blocks down Wilson Blvd.