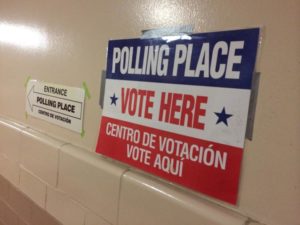 Over the weekend, a straw poll was conducted at a birthday party and fundraiser for County Board member Libby Garvey (D).

The results, which reflect the preferences of Garvey’s supporters, broke heavily for “crowd favorite” Christian Dorsey.

With the exception of the bottom two of the field, the results are an inverse of first quarter fundraising figures.

The straw poll results are:

A primary will be held in the race June 9. With just over a month left, ARLnow is conducting its own unscientific poll about reader preferences for the six Democratic candidates.

If you are a likely voter, which of the candidates do you prefer? Given the two available seats, pick two candidates.