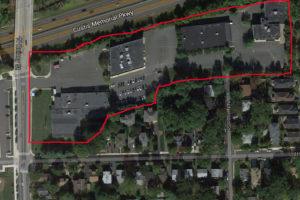 The Arlington County Board signed a major deal to acquire land this afternoon, paying $30 million for 6 acres along N. Quincy Street, across from Washington-Lee High School.

The land was owned by Bill Buck, founder of Buck & Associates and Arlington real estate mainstay, who agreed to let the county pay for the land in stages: $1.2 million at the close of the sale, $1.8 million in 2016 and $27 million by November 20, 2017, after the county undergoes a revision to the Capital Improvements Program.

The County Board approved the purchase 5-0.

“This is a rare opportunity for the county to acquire a significant piece of property in North Arlington that is zoned for light industrial use, at a time when our community is struggling to find public land to accommodate our many facilities’ needs,” County Board Chair Mary Hynes said in a press release.

“We are thrilled that Bill Buck, whose family has played such an important role in the development of Arlington, has agreed to give us this purchase option. Over the next two years, we will be having a conversation with the community about the best uses for this site, using the criterion and process being developed by our Community Facilities Study effort.” 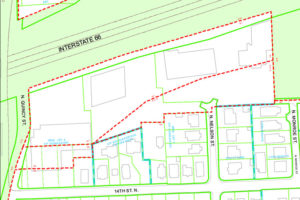 In the announcement, the county said it has no specific plans for the site yet, but all but 1.35 acres of it is zoned as light industrial. That zoning allows the county to decide which of its chief land priorities — school buildings, a new transportation storage facility and open space — it wishes to devote the new land to.

Currently, Nova MMA/Crossfit Arlington occupies the westernmost building on the land, where it moved in 11 months ago after it was forced to move from its first location in Courthouse. It had previously stood next to Wilson Tavern, where a Hyatt House hotel expects to open next year.

The Board can opt out of the purchase before November 2017. The first payment was funded through CIP 2014 bond money. The land will be rolled into the ongoing Community Facilities Study, after which time the county will involve Arlington Public Schools — which just announced a plan to put 71 new trailers at elementary and middle schools by 2020 — in discussions on the site.

“Although funding for this purchase is not in the current CIP, sometimes you have to act when opportunities arise,” Hynes said in the release. “For many years, community members have suggested that this property should be in the public realm. We are delighted that after complex negotiations, we are able today to achieve that goal.”

This is the biggest county land acquisition since it acquired 7.1 acres for Long Bridge Park in 2011, in an exchange for additional zoning from a developer. The 1.35-acres not zoned for industrial use are zoned for residential, which allows building streets, sidewalks, trails and recreational facilities.