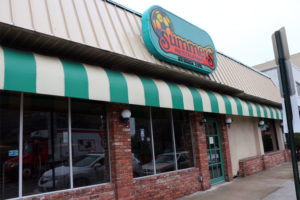 (Updated at 1:05 p.m.) Summers Restaurant in Courthouse, a longtime haven for soccer fans, reopened in February after closing at the end of 2014. Now, the sports bar at 1520 N. Courthouse Road will try something new to draw in more customers.

Summers 2, the re-branded back bar, is hosting a grand opening party Friday night, with 1990s cover band The Dial Up. On Saturday, the bar will show the boxing match between superwelterweighs Canelo Alvarez and James Kirkland, with no cover.

The sections of Summers will remain connected and part of the same business, according to a restaurant employee reached by phone this morning. Owner Joe Javidara hired a promotion company, Bar Concepts, to liven up the space.

“We’re just trying to spice up the other bar,” the employee said.

Doors will open at 5:00 p.m. on Friday. The back bar will host events almost every day of the week, with “Draft Night” on Tuesdays, “Drunk Karaoke” on Wednesdays, trivia on Thursdays and live bands on Fridays and DJs on Saturday, according to its website.

The back bar was damaged by a fire in June 2013, and, according to the Washington Post’s Steve Goff, when it was reopened, the business did not return. The Summers employee reached by phone said that business has picked up steadily since the restaurant’s brief closure, and the rebranded bar is another attempt to rejuvenate the 31-year-old business.