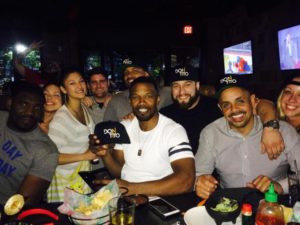 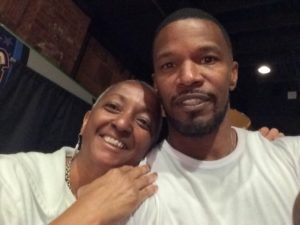 Jamie Foxx, the “Django Unchained” star and R&B artist, was spotted hanging out at a couple Clarendon bars last night.

Foxx, who’s lately in the news for his uninspiring rendition of “The Star Spangled Banner” at the Mayweather-Pacquiao fight, spent several hours at Spider Kelly’s and Don Tito, we’re told.

At Spider Kelly’s, he enjoyed a game of pool with locals and took photos with fans, including local photographer Dixie D. Vereen (above). At Don Tito, he sampled the tacos and drinks and posed for a photo with the staff and fans.

Foxx was in town for the National Center for Missing and Exploited Children’s Hope Awards in D.C.