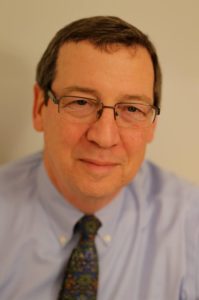 Reid Goldstein has won the Democratic endorsement in the race for school board.

Goldstein received 1,252 votes in the Arlington County Democratic Committee caucus, which was held on May 14 and 16. His opponent, Sharon Dorsey, received 648 votes.

Democrats were quick to embrace Goldstein after his caucus victory.

“Reid will not only be a great voice for balancing the needs of school facilities, but also for improving instruction for all of Arlington’s students,” said ACDC Chair Kip Malinosky. “He has demonstrated leadership on educational issues and in the larger community.”

A 30-year Arlington resident and father of two Arlington Public Schools graduates — both of whom are pursuing careers in education — Goldstein has a record of civic participation on PTAs, county and school commissions and committees, and the board of the Columbia Pike Revitalization Organization.

Goldstein is running to replace School Board member Abby Raphael, who is not seeking reelection in the fall.

“We face the challenge of growing enrollment as families are drawn to Arlington by our tradition of excellent education,” Goldstein said in a statement after he was declared the winner. “We must maintain that excellence going forward as we work to close the achievement gap, provide for growing enrollment, and ensure openness and respect for diversity.”

“I thank Sharon Dorsey for a positive, thoughtful and energetic campaign, and Abby Raphael for her years of service to Arlington families,” Goldstein added.