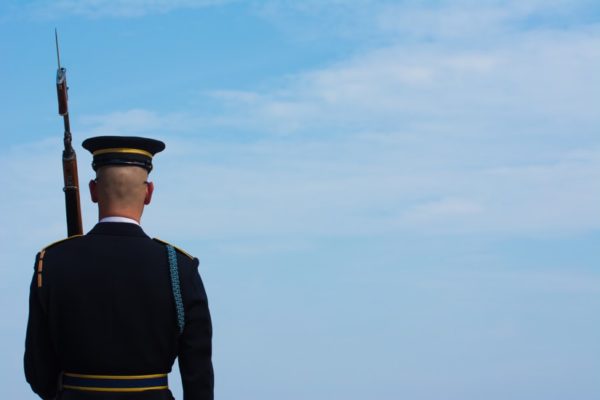 McMenamin Leads Cash Race — Independent Arlington County Board candidate Michael McMenamin has the most cash on hand of the four candidates in the race. McMenamin’s campaign reported $13,699 on hand as of Aug. 31, compared to $10,127 for Democrat Katie Cristol, $8,853 for Democrat Christian Dorsey and $1,657 for independent Audrey Clement. Dorsey has thus far spent the most on his campaign: $55,048, compared to McMenamin’s spending of $2,050. [InsideNova]

‘Demolition Derby’ for Old Houses — All over Arlington, older, more modest homes are being torn down and much larger, more lavish homes are being built in their place. The actual number of homes destroyed is low relative to Arlington’s population — the county reported 124 demolition permits for the first six months of 2015 — but it still worries long-time residents. “Can middle-income people in their 30s, first-time buyers, still live in Arlington?” asked one woman. [Falls Church News-Press]

Local Youth Pilgrimage to Philly — Six hundred teenagers from around Northern Virginia, plus 185 students from Arlington’s Bishop O’Connell High School, will be making a pilgrimage to Philadelphia for the visit of Pope Francis. [Arlington Catholic Herald]

Death Nears for Man Who Raped, Killed in Arlington — A man suspected of raping and killing a woman in Arlington in 1988 is scheduled to be executed in Virginia in two weeks. Alfredo Prieto has also been convicted of or is suspected in a number of other murders and rape cases in Virginia and California. [Los Angeles Times]

END_OF_DOCUMENT_TOKEN_TO_BE_REPLACED

More Stories
What You Always Wanted to Ask a Sushi Chef, But Were Too Afraid to AskMetro Considering Eliminating Some Arlington Bus Routes