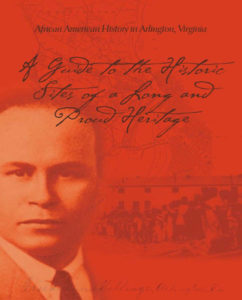 Work has begun on a second edition of a booklet that once gave insight to the African American history of Arlington.

The 20-page booklet, “African American History in Arlington, Virginia: A Guide to the Historic Sites of a Long and Proud Heritage,” was first published in 2001. It was a joint project between the Arlington Convention and Visitors Service, the Chamber of Commerce and the Black Heritage Museum of Arlington.

The funding for the booklet comes from the Virginia Department of Historic Resources, in the form of a $3,000 grant that was accepted by the County Board.

Print copies of the guide ran out several years ago, but the booklet is still available online in a PDF.

According to a press release, the booklet was popular among Arlington residents and visitors who wanted to explore memorials such as Arlington House, the historic neighborhoods of Nauck, Hall’s Hill and Butler Holmes and various celebrated churches and historical homes.

Cynthia Liccese-Torres, Arlington County historic preservation planner, said that her office has found “quite a bit of new additional research” that will enhance the guide.

The still-operating Green Valley Pharmacy in Nauck will be featured in the new edition. It was opened in 1952 and served African Americans who were refused service in Arlington’s segregated drug stores.

Also included will be dozens of graves previously considered “lost” that have been identified in the cemetery at Calloway United Methodist Church.

Liccese-Torres estimates that the guide will be completed and ready for distribution in spring 2016.