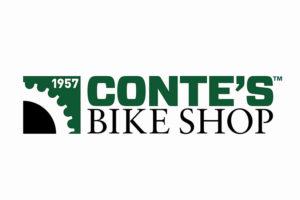 Arlington is getting another bicycle store.

The owners of Conte’s Bike Shop are planning to open a new location at 3449 Wilson Blvd in Virginia Square by March 2016, said co-owner David Conte.

“We have always wanted to open up company owned stores in this market. My wife Angela is a graduate of George Mason University and we have many great friends in the area,” Conte said.

“We are opening in Northern Virginia because the market is still underserved,” Conte said. “There is some really good bicycle retailers in the market and then [there] are not, we believe that we will not only succeed but thrive in these markets.”

Conte’s will be the third cycling shop near the Virginia Square-Ballston area. Hybrid Pedals is located at 822 N. Kenmore Street, and Freshbikes is just down the road at 3924 Wilson Blvd. Freshbikes had been a Conte’s franchise until it changed its name in 2011.

The new store offers services for all cyclists, from those who ride competitively to the everyday recreational cyclist, Conte said. The shop sells top of the line road bikes, including from manufacturer S-Works, Giant and Specialized, as well as kids bikes, mountain bikes, hybrid bikes and electric bikes.

“We are a cycling store for everybody, not just enthusiasts but mostly for the recreation cyclist in particular,” he said.

Conte plans to get involved with local Arlington cycling events once the store is open in the spring, he said.

“We do ride support for charity rides and all kinds of cycling related events, and if it has two wheels and needs the help from Conte’s we will be there,” he said. “Bike race events are another animal in its own and with a lot of events that happen in a great cycling city like Arlington, if we can be involved we will do our best to help.”