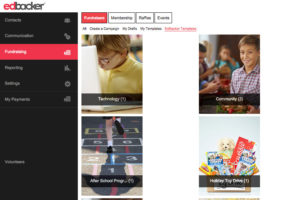 A company dedicated to helping schools fundraise has moved to Crystal City.

Edbacker, founded by former California teacher Gary Hensley, provides a online platform for schools to host their fundraisers. By running the campaigns online, parents are easily able to donate by using their phones or going to the Edbacker website.

“There are some really neat stories that come out of these organic campaigns,” Hensley said.

The goal is to help address the gap in funding for schools.

“This is a real need,” he said. “A real problem we could solve.”

The company is now used by schools in 24 states, Hensley said, including Arlington County, which the company considers its home base.

“Arlington has been incredibly supportive out of the gate,” he said. 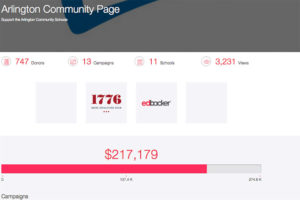 Hensley decided to build a platform to help schools fundraise easier after being frustrated with his own attempts to raise money for his daughter’s school, he said. The first school to use Edbacker was Arlington Science Focus Elementary School, which needed help raising money for a new classroom.

“They just needed 200 people who were interested in that thing related to STEM,” he said.

Edbacker typically has about 160 campaigns running at a time, Hensley said.

To donate to a school’s campaign, people go online to the Edbacker and explore campaigns. The company also helps work with local and national businesses, helping them to donate either to a specific campaign or to a general fund that can be spread out among an area’s schools. 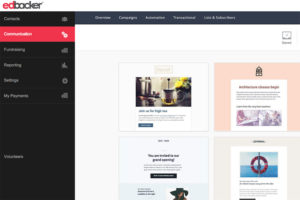 Swanson Middle School is currently running a “no frills” campaign using Edbacker. The school is asking for $20,000 and has already received donations from 200 people. The school’s campaign has 25 more days to raise around $5,000.

While Edbacker helps other companies with fundraising, the company’s primary focus is schools.

“The thing about education is it’s the heartbeat of the community,” Hensley said.

Edbacker works out of the new 1776 Crystal City, after moving from the D.C. 1776 location, and is one of the companies funded by 1776’s new seed fund.

END_OF_DOCUMENT_TOKEN_TO_BE_REPLACED

More Stories
Woman Sexually Assaulted in RosslynLegal Insider: How Can a Medical Professional Help Me with Security Clearance?