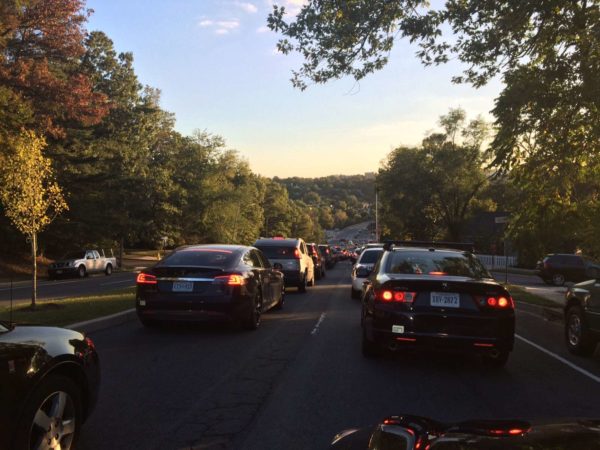 Office Vacancy Down in Arlington — Arlington has had a 1.6 percent positive net absorption of commercial office space so far this year. Crystal City in particular has done well, gaining 313,000 square feet of occupancy. [Bisnow]

History Plan for Arlington Centennial — Arlington County is seeking public comment on the mid-term report produced by the Arlington History Task Force. The task force is trying to come up with a plan for preserving Arlington’s history, in time for the county’s centennial in 2020. [Arlington County]

McLean Up in Arms Over Gun Store — Nova Firearms, the gun store that tried unsuccessfully to open a store in Cherrydale, has moved its McLean store to a larger location but is now incurring the wrath of a group of residents. Parents object to the fact that the new store is behind a local elementary school, in view of at least one classroom. [Washington Post]

Gym Responds to String of Sexual Assaults — Responding to a string of attacks on women in Arlington, including a sexual assault near Rosslyn over the weekend, the Nova MMA CrossFit gym is offering a free self-defense seminar on Wednesday, Oct. 28 from 7-9 p.m. [MyFoxDC]

Road Closures for Army Ten-Miler — Route 110, the northbound I-395 HOV lanes, S. Eads Street, Army Navy Drive, Long Bridge Drive and Washington Blvd are among the roads in Arlington that will be closed Sunday morning for the annual Army Ten-Miler race. [Arlington County]