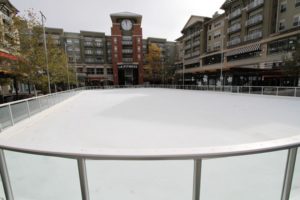 In a sign of the season, the ice rink at Pentagon Row is less than three weeks away from opening.

The ice rink will open starting Nov. 1, according to the Pentagon Row Twitter account. It will remain open during the cold weather months until March 15, 2016.

With the exception of special expanded hours around holidays, the public skating hours at the rink start at 10 a.m. on weekends and noon on weekdays, closing between 7 and 11 p.m. depending on the day.

In past years, Pentagon Row has created artificial snowfall on the rink during the month of December.