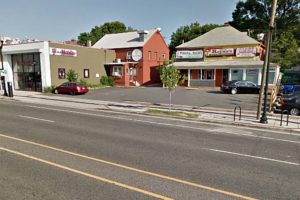 A former Italian restaurant in Courthouse has found a new home on Columbia Pike and is planning to open by the end of the week.

Toscana Grill is all new with its new location (3207 Columbia Pike), new management and new menu, according to general manager Abdul Khalique.

The eatery’s Courthouse Plaza location closed earlier this year and was replaced by a Vietnamese restaurant.

(3207 Columbia Pike was formerly home to Pines of Florence, another Italian restaurant that had relocated from the Orange Line corridor.)

Khalique said the new Toscana Grill is planning a grand opening event this Friday, or as soon as they receive the final license from Virginia Alcoholic Beverage Control.

“It’s totally different than before, now an independent corporation with new brand management and great food,” he said. “We’re excited to bring this kind of traditional, Italian food to the Columbia Pike.”

The new menu includes beer and wine, entrees of chicken, seafood or veal, as well as a “make your own” pasta option.

According to its new website, the restaurant will be open daily from 11 a.m. to 10 p.m. for eat-in, take-out and delivery.